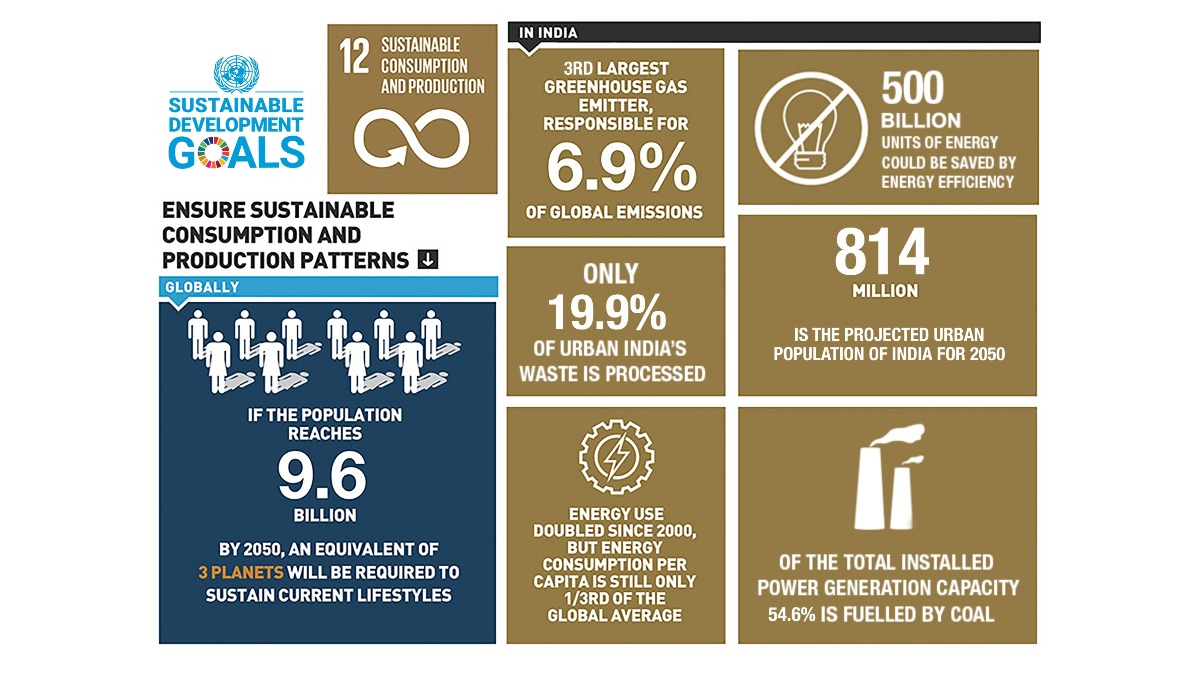 After spending the better part of a year under an abnormal situation such as the coronavirus pandemic, we all formed varying opinions and experiences of the same. However, a few topics invited a resounding consensus among the public. What we will be referring to here today is consumption patterns and how they changed or adapted to the life of isolation and social distancing.

From your daily commute to ordering lunch while out, everything seemed to take a turn for a while there. There was a notable decrease in consumption as proven evident by empty streets, markets and malls due to nationwide lockdowns around the world.

More importantly, this gave a break to the planet as many were able to enjoy cleaner skies and waste-free environments. Yet, the boons were only for a fleeting moment as it didn’t take too long for the “new normal” to resemble the old one. So, what are we doing wrong and can we hope for a healthier environment before another abnormality hits?

Consumption: What We Know

Consumption patterns today vary greatly from even just 20 years back!

This may be attributed to a better understanding of human needs, efficient marketing and the biggest of all Yep, the internet! This last one is going to come up as the most prominent influencer, especially when it comes to consuming during the pandemic.

Working from home, studying from home or whatever your routine is- chances are that a majority of your consumption is happening online. Not just you, in fact, a survey conducted by UNCTAD and Netcomm Suisse e-commerce Association shows that online purchases have increased by 6 to 10 percentage points across most product categories.

Thus, looking at the numbers, it is easy to deduce that these consumption patterns go beyond what would normatively be called “essentials”. The fact that some of the biggest beneficiaries are electronics, cosmetics etc. can also be indicative of the disparity of consumption between economic classes.

Research has shown that as many as 80% of the world’s resources are consumed by just 20% of the population. With the pandemic serving as an economic hit that can be likened to the Great Depression era, these differences have been exacerbated further with many low-income groups such as migrant labourers, temporary workers being laid off for months on end.

Surely, such a stark difference in lifestyles and their impact on social life and the environment should be enough to make us rethink our choices. The most visible example of this problem is probably the food shortage crisis where we are dealing with growing amounts of food being wasted and yet, millions seem to be going hungry.

With the coming of the industrial revolution, came the time for many to enjoy prolonger leisure hours. This can be cited as the first beginnings of the “consumer culture” which refers to largely everything going beyond essentials and simplistic pleasures. Soon after, this western ideal became sought after throughout the world and landed us here.

While one can’t deny that the quality of life one enjoys today is leaps and bounds better than 40-50 years ago, but the damages to the mind and environment cannot be ignored as well. Excessive and irresponsible consumption is leading to waste overload, the disparity in resource allocation and most importantly, an unhealthy mindset of material aspirations as the end goal in life.

This cultural change also leads to an unhealthy mindset which further perpetuates the “rat-race” we often find ourselves in. As best illustrated by Veblen under the term “conspicuous consumption”- the aim of consumption today has shifted to buying luxury goods for the simple purpose of establishing a status quo and chasing after hollow validation from society.

What’s worse is that environment-friendly alternatives and sustainable alternatives are often being pitched as trends for a certain niche as opposed to being promoted as the more ethical choice. Many brands are guilty of green-washing and hence, not making an actual contribution to bettering the environment.

Over the years, the multiple consequences of excess consumption with regard to the climate have resulted in various movements calling for more responsible consumption. Namely, minimalism and a zero-waste lifestyle have come forth as alternatives that are not only more sustainable but also better for physical and mental health. The growing popularity of these movements is also revolutionary in the sense that it harks back to times when the value wasn’t attached to material things but to lived experiences.

This can also be found in many cultures and religions across the world (refer below). In fact, studies such as Buddhist economics have also come up as a way to examine why we consume things and the value-addition they bring to our life. They also provide the example of many monks and renouncers who tend to find joy in life without possessions.

Being more sustainable doesn’t necessarily have to be tied down to religion though, communities too can band together to make a change in their immediate surroundings as seen in many success stories of zero waste villages around the world. Places like Kamikatsu (Japan), Ambapur (Gandhinagar), Xicai (china) etc. are all managing their consumption to be more sustainable in the long run.

While many may criticize this way of life as being extreme, it must be kept in mind that sustainability is a path which doesn’t end. All it takes is to adapt your day around alternatives that would be friendlier to the environment and often to your pocket as well. Whether it be reducing your food waste or cutting down on impulse shopping, every little step can help reduce your individual carbon footprint.

It takes as little as 66 days on average to change your habits- if you tally that with the rest of your life, it will barely seem like an inconvenience. With India committing to reducing the emissions intensity of its GDP by 33-35% by 2030, the role of individuals in achieving the same couldn’t be clearer.