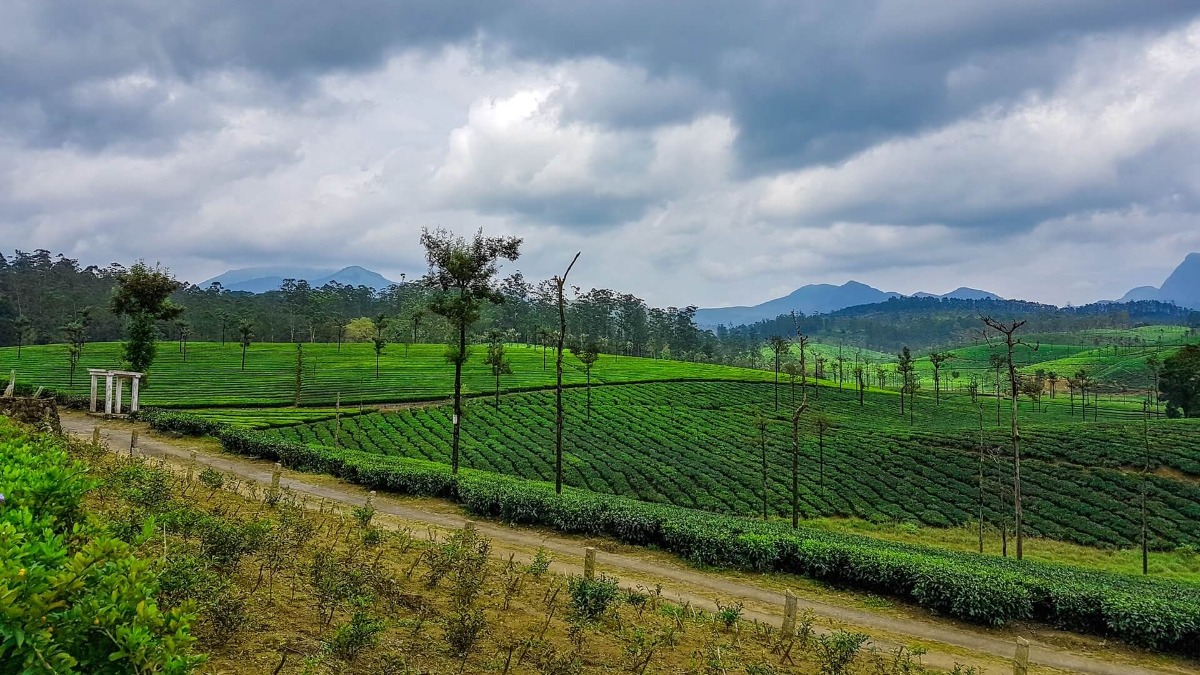 A word that is thrown around today in all sectors of the world, sustainability has turned into a business jargon that we put in documents to make things appear greener and cleaner. The term that originated in the 1970s creating confusion in the masses for being misunderstood for years has now become a fashionable approach to life. As I write about it, I feel like a hypocrite trying to play on the word creating a blog explaining something that is so well understood and vastly written about; yet I write, not simply as a word but about the endless possibilities that the world holds.

Sustainability according to me is a continuous process, a perpetual cycle with no end, which is why it cannot be defined or simply understood. No end does not mean any goals, we see SDGs (Sustainable Development Goals) as a good example of this. SDGs remain as goals to be achieved within a given time frame, when we come close to achieving SDGs, we might modify them for a new better goal that will be the need of the hour for a different time period in the future. Thus, sustainability will never be clearly achieved; it will always be something better. Sustainability is thus not about the goals in SDGs but about development that is to be achieved and it will always be due to the future. Because, even as we create sustainable solutions for today with an outlook into the future, the future we predict will never be an exact version but only an approximation of the reality; and something that is believed to be sustainable today for an approximated future might not be actually sustainable tomorrow.

Therefore, sustainability is a continuous process of finding the problems in the present while simultaneously creating solutions keeping the future in mind, a constantly repeating cycle that can be modified and processed to make better. Environmental problems are great examples to describe this, as we humans invented plastic as a solution to a problem and 50 years down the line, it turned into a problem itself. While similar is the case with fossil fuels that fuelled the economy for a century before turning into a problem itself. Currently, we see solar energy as a renewable alternative to solve the energy-related problem of GHG emissions to mitigate climate change. But even as we create a solution for the future, one can or cannot say when we end up creating 100-50 years worth of solar waste that turns into a new problem of the 2100s or we run out of lithium for creating batteries as we explore the ore, in a world with high lithium dependency creating an energy crisis of a mass scale.

As we continue to understand what sustainability is, the more complicated it gets. When we talk about finding problems, one must comprehend the distinct problem and separate them, for every problem can be broken down into multiple problems or even combined into problems of a single origin. The process of finding problems is essential to creating a solution, and sustainability is about understanding how and when to combine problems to create a single solution or divide the problem with different solutions for better results. It is a constant choice between choosing a single solution for multiple problems and multiple solutions for one problem. A good example from an Indian perspective is combining two ongoing problems in India. The two problem being, one with small scale farmers that own large infertile grasslands and distributed all across India, in conjunction with the ongoing nationwide process of building electric charging stations for promoting Electric Vehicles (EVs) across India. The policy suggestion is based on merging two ongoing projects by the Government of India (GoI) in promoting renewable energy.

In the 2020 budget speech by the Minister of Finance, a scheme to enable farmers to set up solar power generation capacity over their barren land was approved by the GoI. This is a beneficial policy in terms of encouraging farmers to use solar instead of diesel-fired irrigation pumps and supporting renewable energy by giving farmers an option to find alternative usage for their unprofitable landholdings. (Reuters, 2020) The second decision of the GoI revolves around the construction of Electric Vehicle (EV) charging stations. India needs a total of 2.9 million public charging points by the financial year 2030 in order to completely transform its transport system into an electrical type. (Business Today, 2020) The decision of building 2,636 new charging stations across India for the promotion of EVs was approved and has been largely given to public sector enterprises like Rajasthan Electronics & Instruments Ltd. (REIL), Energy Efficiency Services Ltd. (EESL) and National Thermal Power Corporation Ltd. (NTPC), (Economic Times, 2019).

These two different policy targets can be merged together in a way to produce better results by promoting renewable energy that supports sustainable development in rural areas. India has a large number of small scale farmers that have small landholdings but in terms of constructing they are not capable of even investing in a hector large barren land to set up solar cells. These government enterprises can largely target holders of such barren land and rent the land for construction of Solar farms over the region that directly connects into the charging stations. The resulted power generation will not only be renewable but also reduce transmission losses incurred from transmission and distribution of electricity over the new and vast road network of charging stations. India has a large number of small patches of land that is uncultivable due to the heavy use of fertilizers and such land requires time to replenish its natural nutrients levels.

The lifespan of a solar farm in India is around 10-25 years depending on the climatic conditions of the region in order to maintain optimum temperatures required for the functioning of the battery and other supporting parts of the solar cells. (Economic times, 2019) The lifespan being uncertain needs flexibility in the renting system and renewing of the rental contract every few years. Promoting renting of such land between the government enterprises for the lifespan of a solar farm will give a large number of farmers the opportunity to put to use their unproductive piece of land in a sustainable manner while ensuring the proprietorial rights over their land. Solar projects are highly cost-intensive are require a large initial investment in renewable infrastructure while the profit from these projects can only be perceived in the long run. The cost of construction and renting of land will be barred by the government enterprises involved; this will also include the cost of maintenance of the solar farms over their entire lifespan.

The direct profit from energy generated in solar farms by connecting to charging station will only be realized after the initial cost of construction is gained back over the initial period of the estimated lifespan. The added benefits include the reduction in the transmission losses that will be curbed in the process. Around 20-25% of all electricity in India is lost in transmission and distribution. This transmission losses from the nearest power plant to power the charging stations can be reduced by creating a network of small solar farms alongside the charging stations to directly power them using renewable solar energy. The project will also provide Renewable energy credits (RECs) that will be tradable in the future further making the project profitable in terms of sustainability.

The social benefit of the project is giving the small landowners that cannot afford such investment an option to gain profit over their unusable land by renting it to the public sector for a planned period of time. Being a public sector project, the farmer will not be in threat of losing their land and have a choice of providing entire or part of their land for the project depending on their agricultural production decision. These social benefits have to be converted into monetary units and quantified over the time period of the project. A sensitivity analysis for the quantification has to be made in order to determine the certainty of the future benefits. There exists huge complexity in planning the project over a selected region to set up this solar network over barren land but it will be beneficial over the long run and highly sustainable in nature. Thus, combining problems to form solutions may be far-fetched but is definitely a much more sustainable solution to the two problems as compared to finding individual solutions.

In a different country, with a different problem and a different scenario, this solution might not be effective or even probable. Thus, sustainability is all about finding problems to create solutions while choosing from multiple answers for similar problems or even the same problems. It thus can be described as an art and at the discretion of the owner to interpret and will continue to be a jargon word thrown around as yet continues to be useful when used for the betterment of the world.

Empowering Quality Education for Everyone