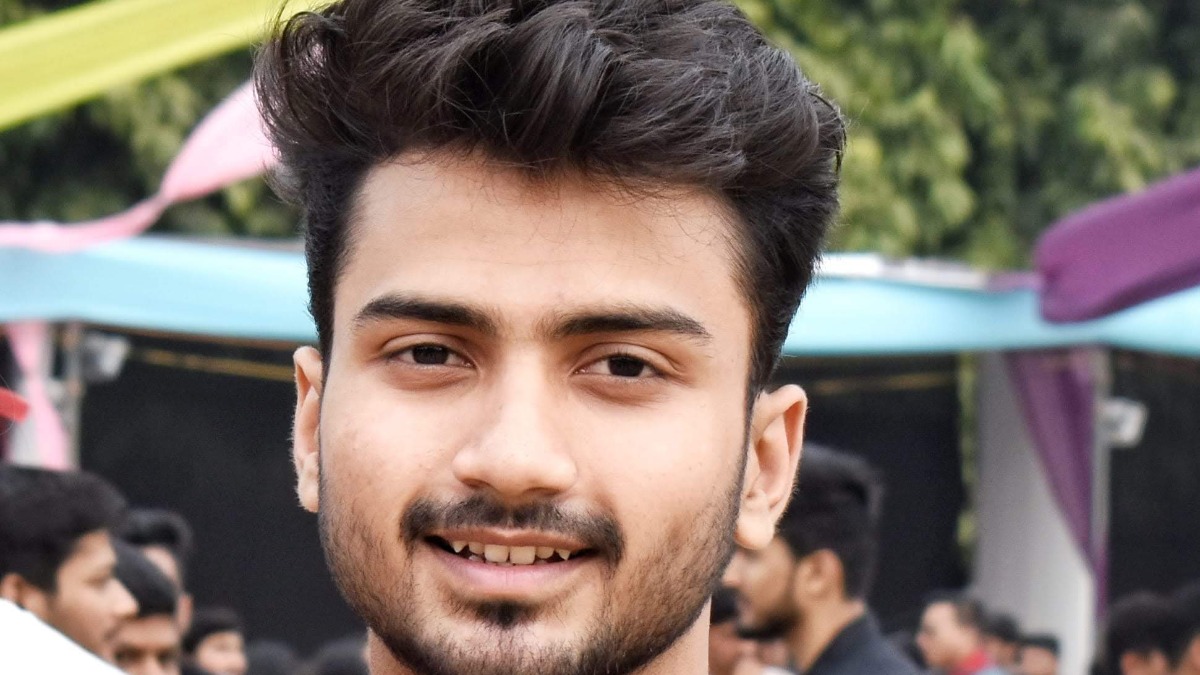 Vaibhav Singh is a B.Sc. (Hons) Computer Science student of Acharya Narendra Dev College, University of Delhi, who has been continuously involved in beyond the classroom activities.

Here, Vaibhav is sharing his experience being a President of Entrepreneurship Lab, ANDC. His hard work has the potential to propel him ahead of the curve.

Go ahead and know what his story has to offer so that you can easily find a path of self-growth. Young Influxers go ahead and upgrade yourself!!!

What was your role? Briefly list the responsibilities associated with it.

I was the president of the Entrepreneurship cell for two years, thereby my responsibilities were somewhat similar to the ones that any head is given when appointed. These consist of running the society, making crucial decisions with the aim of society’s growth, Meeting up with the team members and ensuring everyone is doing their best on the assigned roles, Coming up with ideas and plans that are in society’s benefit and many other responsibilities. Because there isn’t a certain set of responsibilities for this role, as new responsibilities keep adding up if the situation demands more.

What’s it like to juggle between leadership roles and academics? Pen down the challenges you faced.

Well, being a leader of society doesn’t free you from being a student. And because of that, college life gets pretty hectic with upcoming deadlines, assignments and submissions throughout the semester. Also, it’s not like you can choose one responsibility and run from the other, And This is when your management skills come into play. And to be honest, everyone has their own way of dealing with such cases. For me the biggest challenge I could remember was, performing well in internal mock tests. Because there were times when society required more of my time and as a result of that I’d kinda lose in touch with my studies which then resulted in poor performance in mock tests.

But then I found a way to ace this and what I did, wasn’t some sort of rocket science, It was more of a simple technique which was that I made sure if I’m attending class then I’m sitting on the first bench and being highly attentive to what professor is teaching and then at night, before going to bed I’d simply watch a video of the same topic or I’d read it from the book. That’s how I started performing really well in tests which was the biggest challenge for me while managing academics alongside my role.

Did you also get a chance to connect with any other activity while working on this post?

Because of this role, I was able to network with some like-minded people who were inclined towards entrepreneurship and I was also fortunate enough to be a part of groups like NEN (National Entrepreneurship Network).

Being head of an Entrepreneurship cell gave me the opportunity to meet and talk to some of the most inspiring personalities in the world like Patrick Bet-David (CEO of PHP Agency), Bhavish Aggarwal (co-founder of Ola Cabs), Romesh Wadhwani (Indian-American billionaire businessman), Ajey Nagar (a YouTuber, known as CarryMinati) and many others. I also got a chance to represent our society in the E-summit conducted in IIT Bombay where we ended up winning one of the competitions.

What are the top learnings, skills and values that you acquired here?

Things that I’ve learnt in the span of these two years while bearing the burden of this post have made a huge impact on my life. It’s quite impossible for me to name all these learnings in such a small canvas, But I’m naming a few of them down here.

These were a few key skills/ learnings that this role improved in me along with tons of other skills.

Do you feel your current role fills you with pride and gratitude? Illustrate how the experience gained will help you going forward.

I feel that any role or job fills the one who’s bearing it, with pride and gratitude, and so is the case with me and things that I’ve learned here or the experience that I gained here are going to remain within me for the rest of my life and that’s why in this path of success or failure, no doubt these skills and experiences would play a significant role.

As when we talk about leadership we have a whole team with us. How do you persuade others to accept your ideas/ ways?

Persuading others in your team to accept your ideas is one of the toughest tasks that come along with this role. Though you are head of the society so your team won’t object every time you give them orders or present your ideas but that’s a dictatorship and not leadership.

So my way of dealing with my team members in somewhat different than the others. My priority when I’m introduced to a new team is building trust and earn respect. Because you simply can’t persuade people who don’t trust you and when you establish a relationship based on trust then these people see you as a friend and not as a typical boss.

That’s how you prove them why you deserve to be at that post and then if you put your ideas on the table before them, They’d listen to you and will also be willing to give their inputs on it rather than just following it blindly and that’s how they are most likely to accept your ideas.

What is your message to students, aspiring the same or a similar role to do?

Ask yourself these questions and if you’re quite unsure about any of them or if you lack some skills, then I’d tell you to work on them before you apply for the role. It’s true that after becoming a leader you’d improve yourself in all the things I just mentioned above but still, I feel that it’s better to start working on them beforehand to gain enough confidence to perform better on your job. Because believe me, while this job isn’t impossible, It’s also not that easy to pull off.

How can we (Friends, Family, YI Fraternity) encourage young students such as yourself to engage with co-curricular or extra-curricular activities?

People get scared when they feel that they won’t be able to manage their studies alongside some ECA activities. And to bring them out of this fear, I think introducing them to the guys or sharing the stories of the people who’ve done this beautifully in their academic career could be one way of doing this. Because everyone needs role models, people that they can look up to and learn from their life stories and in this case those people could work as role models for these students who are scared of getting out their comfort zone.

We at Young Influx would take this opportunity to thank Vaibhav for taking a leap of faith and sharing his impeccable story. We are humbled and grateful, your efforts mean a lot for the youth seeking growth and development.

And hello, dear readers, we welcome you to explore the platform with an open mind. Help yourself gain most out of the experiences and opportunities listed here.

And before you bid us adieu, we would like you to know that you can read more such student stories here.