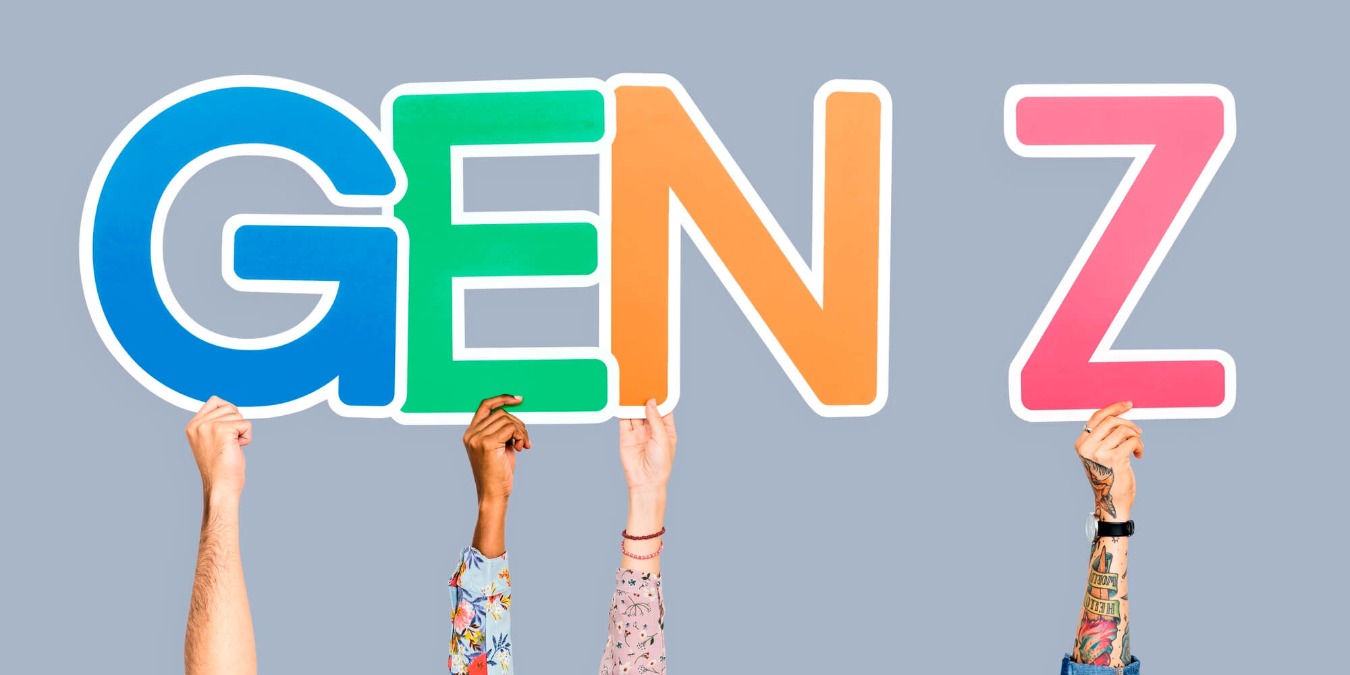 Desire is the starting point of all achievement, not a hope, not a wish, but a keen pulsating desire which transcends everything.

Growing up in a stark and conservative environment, Generation Z has always felt confined inside a cage. Thus, they have always yearned for liberation. To one day be liberated and create a community where everyone is free to express themselves, be protected from discrimination and racism, and be given standard compensation in jobs.

Understanding Who Generation Z’s are

Gen Zs are known as extroverts, creative, passionate, market and tech-savvy, and critical thinkers. The primary reason for this is their exposure to technology at an early age.

William Strauss and Neil Hower were the creators of this theory that first emerged in a book they created in 1991 titled “Generations.”

Moreover, considering that each generation is raised differently and faced different challenges, individuals’ perception or view according to the generational theory is different when it comes to the world.

As far as observation and statistics go, Generation Zs are critical thinkers, media and information literate,  pragmatic, and have high expectations from government officials and companies.

Critical Thinkers: Gen Zs can analyze and deconstruct arguments and verify the credibility and authenticity of the argument presented. They are also able to create and understand connections between different events.

Pragmatic: Being raised in a post 7/11 era, Generation Z has witnessed the difficulties of not having cash and savings. That is why most Gen Z focuses on long-term and smart investments.

High Expectations: Being critical thinkers and experiencing numerous difficulties, Gen Z has high expectations for the future, that the next generation would not have to endure the hardship they have gone through.

Recognizing Gen Zs’ characteristics, they are more aware and active than the previous generations.

In a Morning Consult survey, the statistics can be summarized as 69% of Gen Z agree that civil rights are crucial, 61% agree that gender equality needs to be given attention to, and 57% say that income quality should come as a priority in order for economic progress to happen.

Gen Zs are socially aware of the things in their society and choose to get involved for the better. That is why with regards to political, social, and even environmental issues, they stand above the scale, wanting to change and improve everything.

From the root word equal, equality is the idea of ensuring that everyone has an equal opportunity in life.

Equality can come in the form of Natural, Social, Civil, Political, and Economic Equality.

Important to Note: Equality does not mean absolute equality; but rather, it means equal opportunities. Not everyone will be equal; there are so many factors to consider. Nonetheless, equality stands that people possess the equal opportunity to strive in life.

Why is it important?

Equality is essential for any country to develop. Equality within and among the countries can help foster better relationships, and it can pave the way for other aspects to develop.

For instance, if a country achieved unity towards achieving a specific goal, it would increase success chances. Similarly, when there is economic equality in a country, it can lead to an increase in productivity, and the gap between the rich and poor would not be too significant that it would create a ruckus.

In short, equality stands for the three essential features:

In 2015, members of the United Nations adopted 17 goals to improve countries’ various challenges. These goals range from the quality of education down to climate change.

These goals are imperative, mainly because it aims to regress the world before everything else is too late. In short, it aims to save the world and save us from intensifying the negative impacts of our actions.

Goal #5: Gender Equality and Empower All Women and Girls

The United Nations explains that the fifth goal calls for gender equality, which ensures eradicating discrimination. It also calls to empower women and girls due to the abuse and violence cases reported in which women and girls are the victims and empower them despite all the challenges like sexism and tradition-influenced challenges happening.

The United Nations explains that the 10th goal calls for reducing inequalities. These inequalities come in the form of racism, discrimination, income, religion, and economic status.

This goal serves as a sub-goal for another UN Global Goal, which is the one that seeks peace and justice. When we yearn for peace and justice, that must imply that unity within and among countries is prevalent.

How Generation Z Contributes in Reshaping Inequality to Equality

Gen Zs are known to be active and vocal in expressing their views and opinions.

Most of Gen Zs activeness occurs in protests or through various media and social media platforms.

In a research by Pew Research Center, they found that most of Gen Z want an activist government that must do more to solve problems.

This activeness and awareness show that Gen Zs are reshaping how the government takes action to pressing problems by possessing social responsibility.

The movement of Gen Zs has been fruitful. Given that governments have taken place in recent years due to Gen Zs’ persistence and their cries for change.

Here are some of the results and contributions of Gen Zs to fight for equality:

The SOGIE Law or Sexual Orientation, Gender Identity, and Expression Law result from decades worth of fighting for the recognition, protection, and equality for the LGBTQ community.

The fight for the recognition of LGBTQ rights started way back in the early 1990s. The first lesbian contingent marches in public happened, and the first pride march in the Philippines and Asia took place.

Moving on, years 2010 to 2013, a bill filed by representatives and senators involving the protection of the LGBT community from attacks, discrimination, and violence was passed. Two significant events that happened involve trans woman Jennifer Laude and trans woman Gretchen Diez.

Immediate action to protect the rights of the LGBTQ community came right after the cases of Jennifer Laude and Gretchen Diez.

Gretchen Diez vowed to fight for the rights of the LGBTQ. Even meeting Philippine’s President Rodrigo Duterte, who says he supported her advocacy.

The controversy of agreeing on the SOGIE bill has sparked debate all over various social media platforms. Most notably on Twitter, countless videos and confessions spread on how gender inequality-discrimination exists in the Philippines.

The #SOGIEBill had countless tweets on Twitter. Most people on the pro-side openly expressed how as Gen Zs, they are more open compared to previous generations, in particular, the Millennials and Generation X, because they are the ones who are conservative and are not open-minded to issues involving sexuality.

Pressuring the judiciary branch, particularly the house hearings on approval for the bill, has paved the way for the bill to become a law that benefits everyone, not only those who identify themselves as part of the LGBTQ community but also heterosexuals.

Following the ongoing injustices done to black people, to the point that a cop suffocated a black man without justifiable reasons, and other instances where cops shoot black people with no hesitation, it created a nationwide, even worldwide movement to address racial equality.

A Business Insider study shows that 90% of American Generation Z gives full support to the Black Lives Matter movement. Furthermore, 77% attended the protests across different states to show solidarity. 62% of those who joined the protests said they were willing to be arrested in the course of their protest in support of racial inequality. The movement gained support from multiple celebrities and social influencers.

The engagement of Generation Z being at the forefront of the movement is revolutionizing the fight for equality. We live history at the moment, and in the future, the movement will indeed be one of the highlights of the 21st century.

Following the police brutality happening in countries such as the United States and the Philippines, massive protests transpired.

In the Philippines, students, particularly from the University of the Philippines, protested to stop police brutality, along with #JunkTerrorBill-which is a controversial bill that poses threats to human rights.

In the United States, massive protests across all states happened to call off police brutality along with the black lives matter movement.

Moreover, to efficiently utilize awareness towards people, social media platforms played a vital role in these movements. The majority of the active protesters, tweeters, and posters belong to Generation Z, as can be observed with their students’ status.

Through these students’ dedication, they upheld their responsible citizenship, and a call for immediate action happened.

DW News explains the vital role of students in the civil disobedience protests that happened. Not only are they joining, but they are helping block the police from doing something brutal to the protesters. Especially during the protests against Pinera-the current president of Chile, multiple cases of police brutality happened.

As a result of the protests that happened, Chile’s president took immediate action and held a speech to address the problem, stating that it requires the commitment and contribution of all Chile residents—showing that by being united, the Gen Zs and other generations, they succeeded in the first step towards change.

Over 100 students of a New York private school protested for a better school improvement where zero tolerance for racism and discrimination happens. They say that students from previous years have protested for the same thing for decades, and now, they demand a straight and abrupt response.

Following the killing of an unarmed black teen by a police officer, the people did not turn the situation lightly, but rather, hundreds of teens gathered and protested, which later on caught the attention of the media and the US Department of Justice. Through that, the Justice Department exposed abuses and racial disparities within the police force. Showing that through the teens’ efforts, they called for justice and also helped expose the illegal and immoral things that are happening.

Through the active engagement of Generation Z towards social and political issues and through using social media platforms as a tool to raise better awareness, they are proving to be more capable of turning the world’s problems upside down, and in the process, reshape inequality shaping it into equality.

Through being vocal on pressing issues, Gen Zs have shone a light on apparent problems and as well as hidden problems.

Hope for the future is almost guaranteed if Generation Z and the next generations will continue this activeness and responsible citizenship trait.

The fight for equality goes on, and regardless of age, we can all take part in it, just like what Gen Z has proven.

Overconsumption: The reflection after the onset of a pandemic

Sustained as it retains