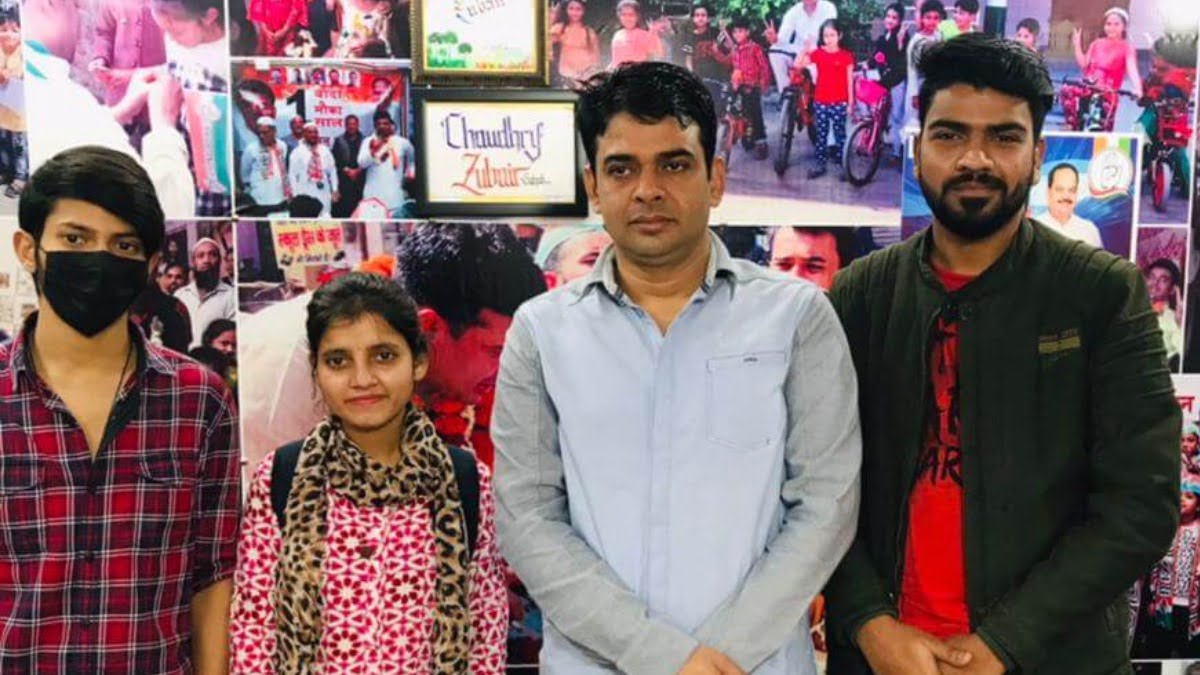 Arfa Areeb is a Fellow at Youth Leaders for Clear Air Fellowship by Clean Air Fund in the collaboration with Pravah.

Here, Arfa is sharing her story of being a part of this prestigious fellowship and designing and executing her unique Social Action Project to address Delhi’s acute air pollution problem.

Her efforts are actively bringing substantive changes in the lives of the residents of Delhi and empowering them to take meaningful action towards a cleaner, greener Delhi.

Go on and read how her story inspires you(th) to take action because the time is now!

How did you come to know about the fellowship? What inspired you to take it up?

I came to know about this fellowship through a friend who works at Pravah. The air quality in Delhi, the capital territory of India, according to a WHO survey of 1,650 world cities, is the worst of any major city in the world. It also affects the districts around Delhi.

Air pollution in India is estimated to kill about 2 million people every year; it is the fifth-largest killer in India. India has the world’s highest death rate from chronic respiratory diseases and asthma, according to the WHO.

In Delhi, poor quality air irreversibly damages the lungs of 2.2 million or 50 per cent of all children. And this hits me a lot, so I chose to take this up. Due to an increase in AQI, Delhi school had closed also which impacts the quality of education directly and Pravah gave me space to work on air pollution.

What is the most pressing concern with respect to Air Pollution in Delhi?

According to me, the garbage on the roads of Delhi is a pressing concern, this garbage has bacteria which are enough to be a cause of someone’s death and it pollutes the air as well which increases the health problems like Asthama. Winter pollution has become an annual affair that is discussed only when air pollution worsens in October.

The different agencies that are responsible for implementing measures to mitigate the problem hardly work on it throughout the year. Experts are of the view that winter pollution mainly depends on meteorological conditions. These conditions start with the onset of winter in mid-October and continue till February.

Hence, the region from Punjab to the Gangetic Plains of Uttar Pradesh should be taken as an air set and agencies have to find a holistic solution for the area. A piecemeal approach won’t work much.

What problems does your project solve? Briefly describe your efforts to address the issue.

I started my social action project with a survey in which I visited several communities and ask them about the causes of air pollution and garbage management in their locality. Through this survey, I tried to create awareness for cleanliness and clean air, And ask them for solutions also.

Then I blocked meeting with municipal counsellors of that area to know what steps they did for the cleanliness of the locality. Now, I am planning to do a door to door campaign through which I try to create awareness for garbage segregation which helps a lot to reuse and decompose the garbage.

Which SDG(s) is your project directly addressing?

What motivates you to work towards the long term sustainability of the environment?

There are many policies to control pollution in the capital. But most of the policies are either poorly implemented or are not implemented at all. The surveillance system is mostly non-existent. Hence, violations go unchecked.

Small offences that largely contribute to spreading pollutants, like garbage burning, leaf burning, dust control, etc, can be seen all across the capital and surrounding areas.

And an Air Quality Index (AQI) of Delhi’s neighbouring cities encourage and motivated me to do the work on Clean Air because when we see the AQI there is a huge difference between Delhi and the neighbouring cities’ graphs. That gave me hope to do more and more efforts to be a native of a clean city.

What impact have you affected or plan to achieve?

My survey creates the awareness of AQI in the community when I visited first-ever then I saw that 90% of participants didn’t know what is AQI and how it affects their health.

Most of them have seen AQI notifications on their phones on daily basis but they didn’t understand what exactly that is.

After our conversation, they could understand that notification and now they will try to reduce pollutants because it affects their health directly.

In this regard, I am working for a larger campaign in which I try to mobilize volunteers from the community and spread the words of clean air which will help to reduce pollutants to the environment and enhance leadership skills in the community to cop up the environmental problems.

What challenges did you face during the journey? How did you overcome them?

Although the government claims that dirty fuel and coal have been completely banned in Delhi, senior environmentalists differ. They claim that in Delhi, industries are not limited to industrial areas.

Also, the political aspects are present in the situation, as we know MCD polls ahead within 1 or 2 months. So people thought that we are working for elections so some of them neglected us. And show less interest in our work but when we talk to them for a minute they listened and gave us hope to do more for the community and gave us moral support which means a lot to me.

What are the skills and values that you acquired during the fellowship?

In this process, I feel changes in my communication and negotiation skills. And it also provides me with a better perspective to think and see a better world.

How do you plan to sustain your project further?

I decide to make some community inspectors which will inspect their streets for garbage management. And they will aware general population of garbage segregation. You can also join us and be a person kind to the environment.

We at Young Influx would like to take this opportunity to thank Arfa for taking a leap of faith and sharing her impeccable story with us. We appreciate her efforts and are pleased to bring out her story to a climate-conscious audience.

And hello, dear readers, we welcome you to explore our platform. Give yourself a chance to be illuminated by a varied range of stories of other young people. Read more such stories here!