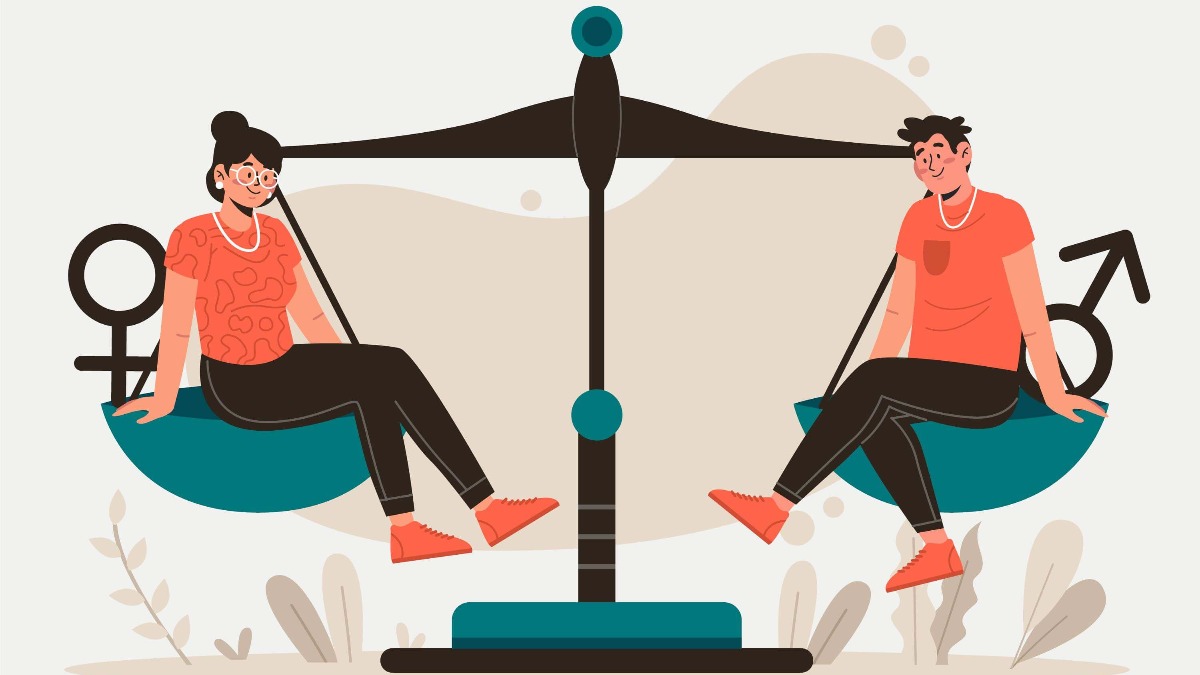 A gender equal society would be one where the word ‘gender’ does not exist: where everyone can be themselves.

The Sustainable Development Goals (SDGs) came into effect in January 2016, and they will continue to guide United Nations Development Programme (UNDP) policy and funding until 2030. The SDGs are focussing on global efforts to end poverty, to end discrimination and to secure peace and well-being of all. All SDGs are based on certain themes such as people, planet, prosperity, peace and partnership.

Goal 5 of Sustainable Development Goals is to promote gender equality but this is something a little different I suppose. I hope this gives an insight because it is coming from a female, it isn’t only males that think they need equality too!

When someone says Gender Equality, the first thing most people think of will be feminism and gaining power for women. I was the one to do the same, but I have been introduced to a different side of this topic and now, controversially, I understand equality for men.

I say controversial because women have tried to achieve fundamental human rights for so many years, but men need to be accepted in some situations just as much as women.

Women have many rights, almost as many as men, and it’s remarkable how this has happened and the success of movements to reach this point.

Yes, there is still a way to go for the maximum women- to men- equality to be reached in terms of wages and cost of products and there’ll be a solution eventually. But as important as female equality, male equivalence must also be paid attention to.

‘Big boys don’t cry’ and ‘man up’; only two examples of insults to males which I would say, lower self-esteem. This gender stereotyping originates from primary school age, a young boy falls over, he’ll be told not to cry, to act like a man. This gives the mindset that they can’t cry, show pain and emotion, struggle or be weak when they can.

They say that there are certain characteristics men should uphold, and that is compulsory to males, so they can ‘fit in’ and not be seen as an outcast or weird because of how they feel. People say it’s wrong for males to express how they’re feeling, but why. If women can, why can’t men? It’s seen as normal for women to do this yet many men aren’t allowed to do such things.

I hate when someone says ‘man up’ because competence & strength is not masculine. Also, toughness is being able to self-assess & feel.

From this, I see that men are to be emotionless, and this isn’t as it should be. Linking to this, men are likely to hide their emotions and be reclusive with their psychological problems. Holding everything inside can cause an outburst of emotion or men feelings as to how exactly they feel. I think it’s due to this that men are 4 times more possible to commit suicide than women. That statistic is frightening. To think that it can be due to these stereotypes that people result in this.

“Boys are taught to be brave but in a specific way…. When facing physical danger But what about emotional danger?”

This quote sort to put together what i am saying because gender equality affects men as it does women.

When someone is told to ‘man up’ it implies that men are of more physical importance, dominance, but who’s to talk about that nowadays? It’s probably been years and years since this was brought up but nonetheless, it carries on.

The list goes on and on. Being physically strong, being a ‘MAN’ doesn’t solve all life’s problems. Being able to throw a good punch doesn’t help you out of depression. ‘Growing a pair’ doesn’t mean that you can suddenly demonstrate some weakness or emotions; working out doesn’t mean that you can express who really you are. We degrade man just because they’re meant to be sturdy- physically and emotionally-but why? They don’t need to be, females don’t need to be, are all gender not the same? Is that not how most see the world today?

Women noticed long ago that being singled out, ordered around was degrading, demeaning, dehumanizing, but when will all I realize it’s happening to them too? Emotionally. They’re being targeted for being a little feeble sometimes.

Don’t get me wrong, there’s more to this than emotional inequality. Talk about how men are more likely to commit a crime and are automatically the suspects, but why doesn’t anyone suspect females near as often? I can’t argue with statistics and can’t speak from experience, but I simply cannot understand why this can’t be equal, why this is normality?

Men deserve more recognition for their emotions or just more in general. This isn’t how they should be plagued if they were to be at all. We’re all the same, but what does it take to understand this- in all aspects?